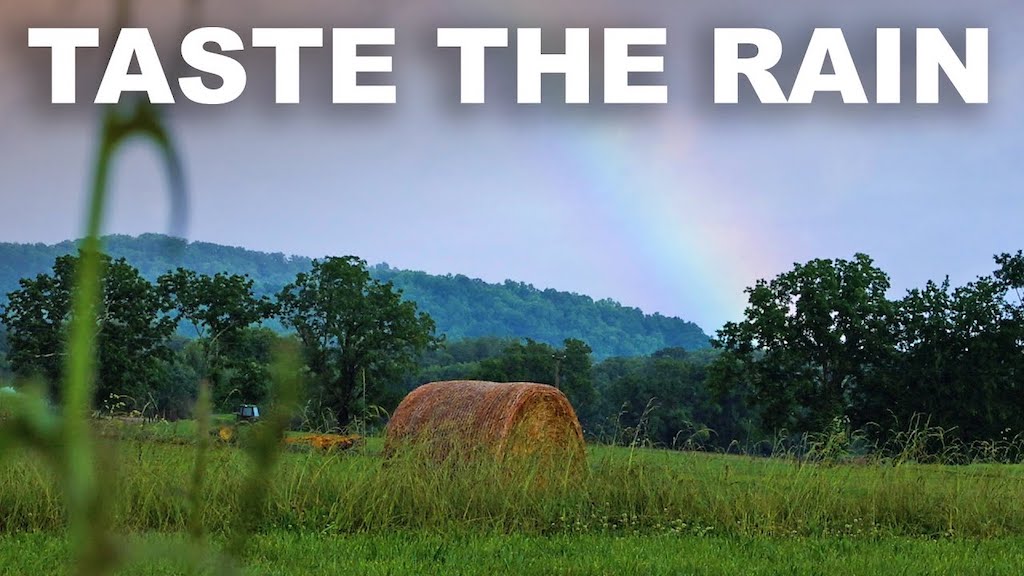 Adam Ragusea took a look at the natural components behind the refreshing scent of rain, noting that while the rain smells good, it doesn’t taste good.

So in this little bottle, I have what is probably one of your most favorite smells in the whole world. And at the same time, it’s probably one of your least favorite flavors. If I smell it, that is the smell of rain — a beautiful, fresh spring rain, the kind of rain that heralds abundance.  It’s the smell of a wet garden. But if I put a  little bit of it on my hand and then taste it,  that is the flavor of dirt, mud,  grossness. What even is this?

To explore why this is, Ragusea consulted with perfumer Harrison Sherwood who described the flavor of rain as comprised of beetroot and cod. This unusual pairing is due to the chemical compounds of Geosimine, a natural bicyclic terpene released by bacteria that is mainly associated with the distinctive smell of rain.

Chemically, it is a bicyclic alcohol and a terpene, or actually I think it’s a  terpenoid because it has oxygen in it. And as is the case with many such terpenes and terpenoids  from the food and drink world, we are very sensitive to this. …Geosmin is a major  component of a mixture of smells known as Petrichor. …Petrichor  encompasses some other smells of rain, …But  arguably the dominant smell within petrichor is Geosmin, which is not made by plants. Geosmin  is made by bacteria.

Sherwood further explained how something can smell so good but not taste that way.

We love it when we smell it outdoors  as a signal of rain. But when we eat,  for example, some river cod and it tastes  muddy, it’s because we’re tasting geosmin.  And most people don’t like that. …When you have tongue signals, plus nose signals,  we call that flavor. That’s now well known, but your brain integrates that in a certain way,  that potentially gives different results in terms of emotion. So Geosmin through nose plus nothing on tongue equals good. Geosmin through nose plus salty taste or whatever equals muddy fish.

Beets, for example, have high levels of Geosmin that make them taste a bit muddy.

It all comes from the ground, and the bacteria  that produce Geosmin are in the ground. And so   some of that gets into the food, and there’s  certain foods that tend to concentrate a particularly large amount of Geosmin and beets  are one of them — but also certain greens, like  spinach and some lettuce. And if you ever think  to yourself, this vegetable tastes like dirt, you aren’t wrong.