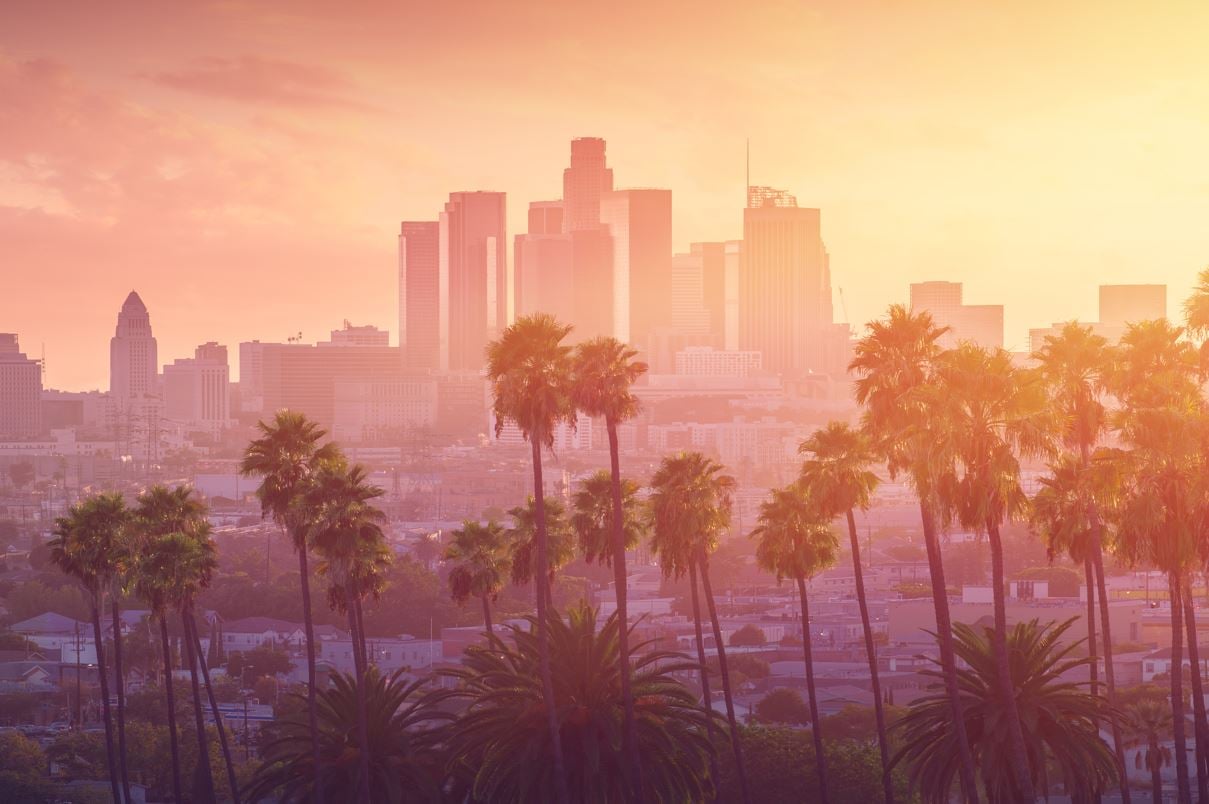 Travelers often don’t even need to leave their own backyard to know that mosquitos are one of nature’s most frustrating inventions. In particularly bad areas, you’ve often already been bitten four or five times before noticing. Usually, mosquitos are just an annoyance, but they can also spread diseases like Zika and malaria. In the United States, only about 12 out of 200 different types of mosquitos can spread germs and illnesses, according to the CDC. However, whether avoiding a minor nuisance or germs, it’s helpful to know where you can expect mosquitos to be prevalent. Below are the top 10 worst U.S. destinations for mosquitos this summer, according to an analysis by pest control company Orkin.

Los Angeles has now claimed the top spot on Orkin’s list for two years in a row. The city’s temperate year-round climate means they nearly always have mosquitos around, but the worst time for mosquitos runs from June to November in Los Angeles.

Chicago ranks as the second worst city for Mosquitos, moving up from its previous position in fifth place. Mosquito season in Chicago typically begins in April, worsens during summer, and tapers off in Autumn.

New York also moved up in the ranks by three slots this year and is now the third worst destination in the U.S. for mosquitos. Mosquito season in the big apple runs from April through October, and most mosquitos in the city pose no harm of disease. The city has taken notice of its increase of annual pests and even sprayed larvicide from a helicopter over uninhabited parts of the city to curb their prevalence this year.

D.C. has improved its ranking over its third place rating from last year and is now the fourth worst destination in the U.S. for mosquitos. The capital’s mosquito season runs from late March to early September, and West Nile virus has been found in D.C. mosquitos. However, other diseases such as Zika and Dengue fever have not.

Atlanta improved by three slots this year and is now the fifth worst destination for mosquitos this summer. Several diseases spread in the Georgia mosquito population, but the West Nile virus was detected in Atlanta just this past week. Mosquitos start to come out in March and leave in October, but they are most prevalent during summer.

Dallas improved its ranking by two slots this year but is still the sixth worst destination for mosquitos in the States. Summer months are the worst for mosquitos, and the season can begin as early as February in warmer years and last all the way until November.

Detroit has ranked as the seventh worst destination for mosquitos for two years in a row. Mosquito season in Detroit can begin as early as late March and last into November. The West Nile Virus has also been detected in the population in the past.

San Francisco had a massive jump of 34 slots over the last year, giving it a new designation as the 8th worst U.S. destination for mosquitos this summer. At the time of this writing, there have been five total human cases of West Nile virus in California this year, and none were in San Francisco. Given its temperate climate, San Francisco’s mosquito season runs all year, peaking from September to November.

Miami moved down the list one slot to become 2022’s 9th worst destination for Mosquitos this summer. Many diseases are found in the mosquito population here, and The Florida Department of Health in Miami-Dade County just issued a mosquito-borne illness advisory after a confirmed case of Dengue fever of a resident. Mosquitos are around all year but peak in summer.

Philadelphia jumped in the ranks by two slots over the last year, making it break the top 10. The city announced last month that it had detected the first West Nile virus-positive mosquitos of the season and recently sprayed larvicide to lower the mosquito population. Mosquito season here typically runs from April to October.

How to Prevent Mosquito Bites

The Travel Off Path Community FB group has all the latest reopening news, conversations, and Q&A’s happening daily!

Enter your email address to subscribe to Travel Off Path’s latest breaking travel news, straight to your inbox

Disclaimer: Current travel rules and restrictions can change without notice. The decision to travel is ultimately your responsibility. Contact your consulate and/or local authorities to confirm your nationality’s entry and/or any changes to travel requirements before traveling.  Travel Off Path does not endorse traveling against government advisories