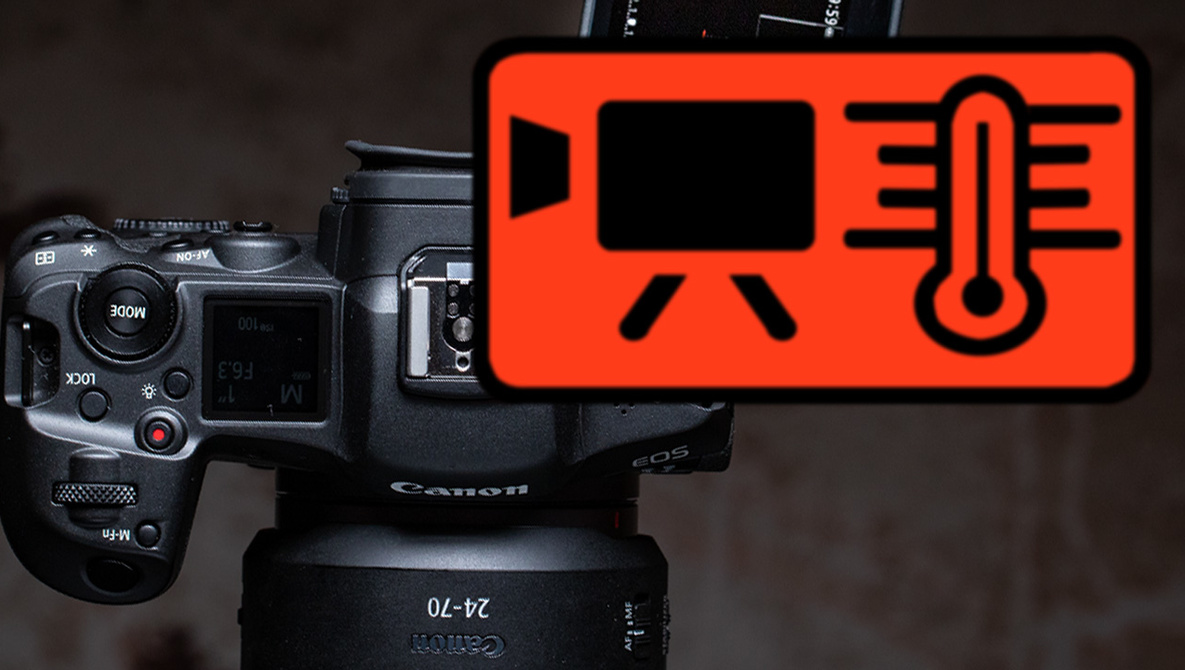 Do you have a Canon EOS R5? In that case, you’re probably aware of the overheating issues when filming. It isn’t of any concern if you’ll never use the video function. But what if an overheating warning occurs while photographing? I experienced that situation, and I have the solution.

The Canon EOS R5 is a great camera. I loved it from the start, when Canon Netherlands sent me one for a review. I shot a few weddings with that camera during the review and decided to replace my Canon EOS 5D Mark IV. You can find my review here on Fstoppers.

There is one big issue with the Canon EOS R5. When filming, the camera tends to overheat. If it does, you won’t be able to use it until it cools down. That can take about half an hour. Canon released a few firmware updates, but the cooling ability of the camera does not match the amount of heat it generates.

If you’re not into filming, the overheating problems won’t be an issue. That’s why I didn’t worry about it when I decided to buy this camera, until I got some assignments for filming corporate interviews. If I use the 4K 25p resolution, it works just fine, and that is enough for me. Most of the overheating will occur in 8K resolution, 4K 100p, 4K 50p, and 4K 25p HQ.

The overheating also depends on the way the camera is used. Do you record internal or external, and in the latter, do you have a memory card in the camera or not? Ambient temperature also has a significant effect.

But when I was shooting a wedding with a high ambient temperature, I got the feared overheating warning sign on both my Canon EOS R5 cameras, even though I wasn’t shooting any movies.

The wedding occurred on a very warm day in the Netherlands. Ambient temperatures rose up to 33 degrees Centigrade. The sun burned in the sky, and there was no wind at all. I didn’t worry, since I have already shot a lot of weddings under similar circumstances with the Canon EOS R5.

But this time, I got the overheating warning icon on both cameras. It occurred just before noon, after three hours of shooting both indoors and outdoors in full sunlight. It got me worried, to say the least. What if both cameras stopped working somewhere during the day?

I kept on shooting, of course. And fortunately, both cameras kept on working without any problem, except the warning sign, of course. The memory cards were hot, which was to be expected, and the grip of the camera was also warm due to holding the camera for an extended amount of time. But that warning sign didn’t feel that comfortable at all. What was happening? What was the reason for this warning?

What Does the Overhearing Icon Tell Us?

In reality, there doesn’t seem to be a problem at all. As it turns out, the icon is just a warning for the photographer about the temperature of the camera. If you look closely, you’ll see a video camera in the icon, not a camera for photography.

After some searching on the internet, I found more information about this warning sign. It tells the photographer that the camera has reached an high internal temperature, and switching over to video might result in overheating. The warning has nothing to do with photography.

When I asked colleagues who also use the Canon EOS R5, most of them never saw the overheating warning sign during their work. There were some who also shot a wedding on the same day as I did. But those colleagues never used the video functions of the Canon EOS R5.

If you haven’t programmed the C1, C2 and C3 for filming, the camera won’t show the overheating warning if you’re photographing.

The Solution for the Overheating Warning When photographing

Although the camera won’t do much beyond an overheating warning when photographing, it can be quite distracting. You might even worry too much during a wedding shoot or something similar, not realizing why the sign is showing.

To get rid of the sign, you have to clear the C1, C2 and C3 settings, or you can change the film format to something that isn’t sensitive to overheating — the FHD 25p setting, for instance. That way, the camera won’t show that overheating warning during photography anymore.

But if you don’t have a problem with the sign showing in the viewfinder or on the LCD screen, just leave the C1, C2, and C3 settings the way they are. You don’t have to worry the camera will shut down as long as you stick to photography.

Did you encounter this overheating warning sign on the Canon EOS R5 during your photography? Please share your experience in the comments below.