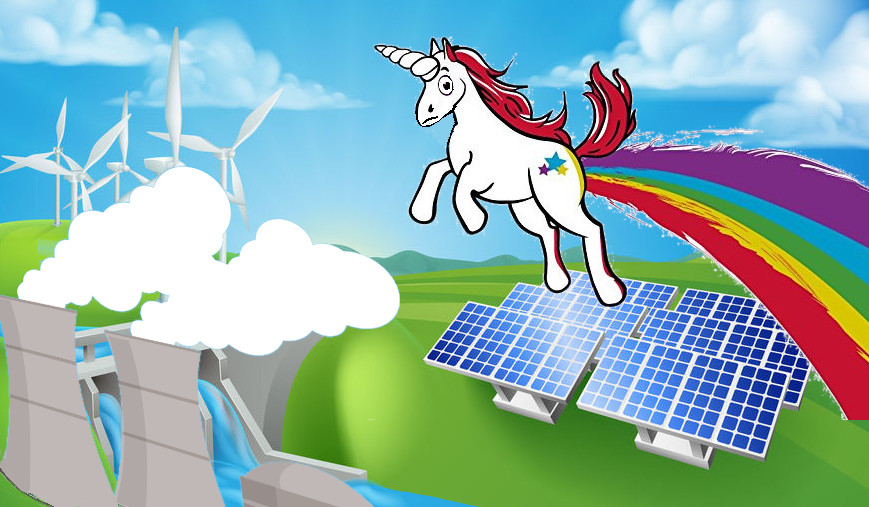 Greens have claimed Aussie entrepreneurs are reluctant to invest in battery storage, because they are not sure of the timeline for shutting down coal.

Renewable energy advocates are urging state and federal governments to avoid extra payments to coal- and gas-fired power plants to ease Australia’s energy woes, warning they could derail the move away from fossil fuels.

Instead, the centre called for the federal government to channel its efforts into the need for storage capacity that could help to deal with the fluctuations in output from renewable energy sources.

It cited the renewable energy target as a template for the scheme, which has driven much of the investment in wind and solar over the past 20 years.

Tristan Edis, who runs the research and advisory firm Green Energy Markets, agrees a capacity market will be more likely to hinder than help the transition to renewable energy.

Mr Edis said one of the most important things governments at a state and federal level could do was provide a clear timeline and plan to manage the departure of coal from the system.

“The capacity market as has been outlined so far by ESB may help delay exit but doesn’t do anything to coordinate the timing of exit with entry or facilitate entry of capacity before the exit of capacity,” Mr Edis said.

“That’s the crux of the potential problem we have at present.”

Cheaper than coal? This renewable revolution seems to need an awful lot of government help.

Obviously it is ridiculous to expect renewable operators to deliver energy when people actually need it. But it is funny that even with the government in their corner, battery backup investors are so frightened of the possibility of a coal plant being switched on, they refuse to enter the market until they have a firm timetable for getting rid of coal.