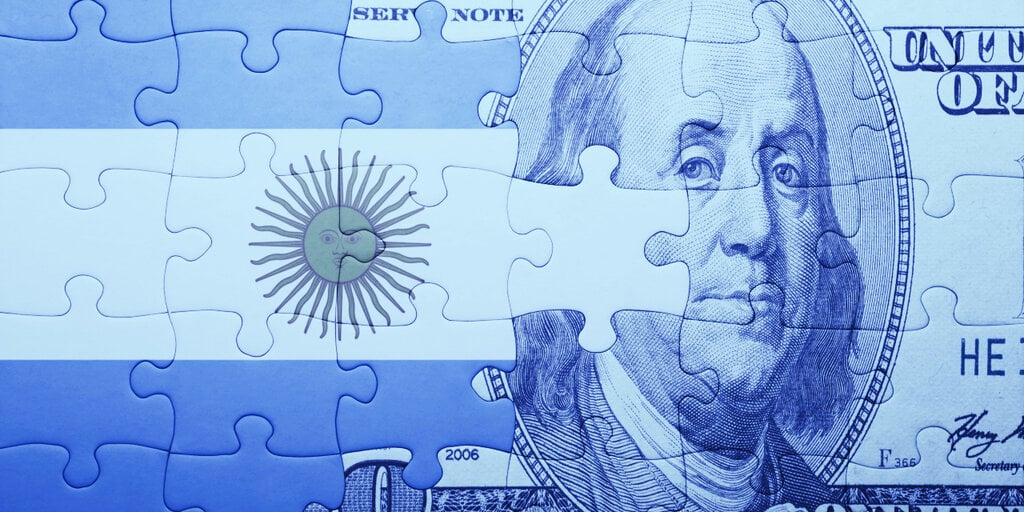 Argentina, a country battered by sky-high inflation, is restricting Bitcoin traders from buying U.S. dollars at the official exchange rate in a bid to tame capital flight.

In a Thursday announcement, the country’s central bank said that those who have bought Bitcoin or any other digital asset in the past 90 days with pesos will not be able to access the single free exchange market (Mercado Único y Libre de Cambio—MULC) and buy dollars at the official rate.

The idea is to stop money leaving the country—which can be easily done with cryptocurrency and dollars. If a person or company has pesos in their account, and they use them to buy U.S. dollars from a regulated exchange, they can then use those dollars to invest in cryptocurrencies such as Bitcoin.

This would mean U.S. dollars would, in a sense, leave the country, which would be bad for Argentina’s economy. In the South American nation—which has the third largest economy in Latin America—the country’s center-left administration of President Alberto Fernandez is tightening currency controls and raising interest rates to get inflation under control.

Crypto is big in Argentina because of the country’s inflation rate: Bitcoin is arguably a better bet than the Argentine peso, which is rapidly losing value as a currency. Bitcoiners have long claimed that the asset works as a hedge against inflation because the supply of the digital coins is capped at 21 million. And supporters such as the Human Rights Foundation routinely point to the troubled economies of South America as places where Bitcoin finds its true use case.

In May, Argentina’s largest bank, Buenos Aires-based Banco Galicia, launched a crypto service for customers, making Bitcoin, Ethereum, USD Coin, and XRP available to buy—a service that might not be as popular now with the central bank’s new restrictions.

Want to be a crypto expert? Get the best of Decrypt straight to your inbox.

Get the biggest crypto news stories + weekly roundups and more!