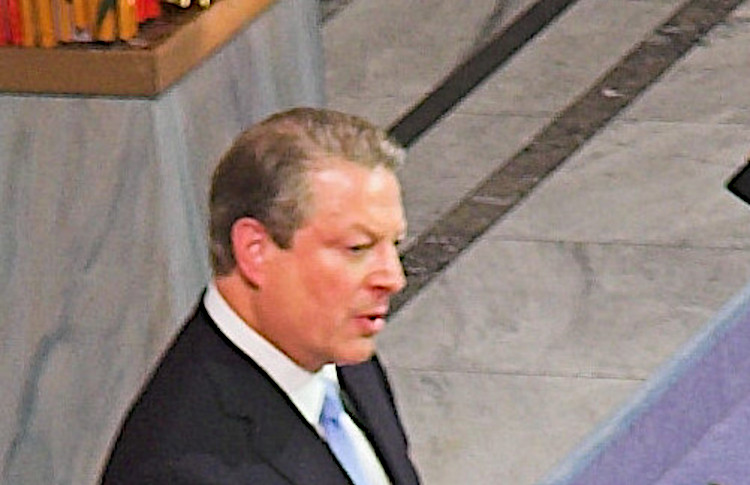 I cannot imagine what must be going through the minds of Uvalde parents, teachers, survivors and responders, as they watch former Vice President Al Gore use their pain as a green political prop.

“They heard the screams, they heard the gunshots, and nobody stepped forward,” he said of law enforcement at the Texas school shooting.

Former Vice President Al Gore compared “climate deniers” to those law enforcement officials who waited more than an hour to attack the gunman in Uvalde, Texas, who killed 21 students and teachers.

“You know, the climate deniers are really in some ways similar to all of those almost 400 law enforcement officers in Uvalde, Texas, who were waiting outside an unlocked door while the children were being massacred,” he said in an interview with host Chuck Todd to air Sunday on NBC’s “Meet the Press.” “They heard the screams, they heard the gunshots, and nobody stepped forward.”

He added about that May shooting: “And God bless those families who’ve suffered so much. And law enforcement officials tell us that’s not typical of what law enforcement usually does. And confronted with this global emergency, what we’re doing with our inaction and failing to walk through the door and stop the killing is not typical of what we are capable of as human beings. We do have the solutions.”

Al Gore, who made a hundred million selling his TV station to foreign oil, predicted artic ice would be gone by 2016, has a gigantic mansion size carbon footprint, and had a court ruling against his documentary film “An Inconvenient Truth” over its political bias, has spent much of his life trying to convince ordinary people to accept cuts to their lifestyle.

Al Gore only has himself to blame if people seem increasingly reluctant to listen to his climate rants. Apart from his personal energy extravagance, Gore has made some embarrassing public mistakes over the years when it comes to science. Even Politifact agrees Al Gore got his polar ice prediction wrong. And yes, Al Gore really did say the Earth’s interior temperature is “millions of degrees”, while spruiking geothermal energy.

If Al Gore wants people to take his climate claims seriously, he should make an effort to get the science right, instead of trivialising the pain of the recently bereaved.