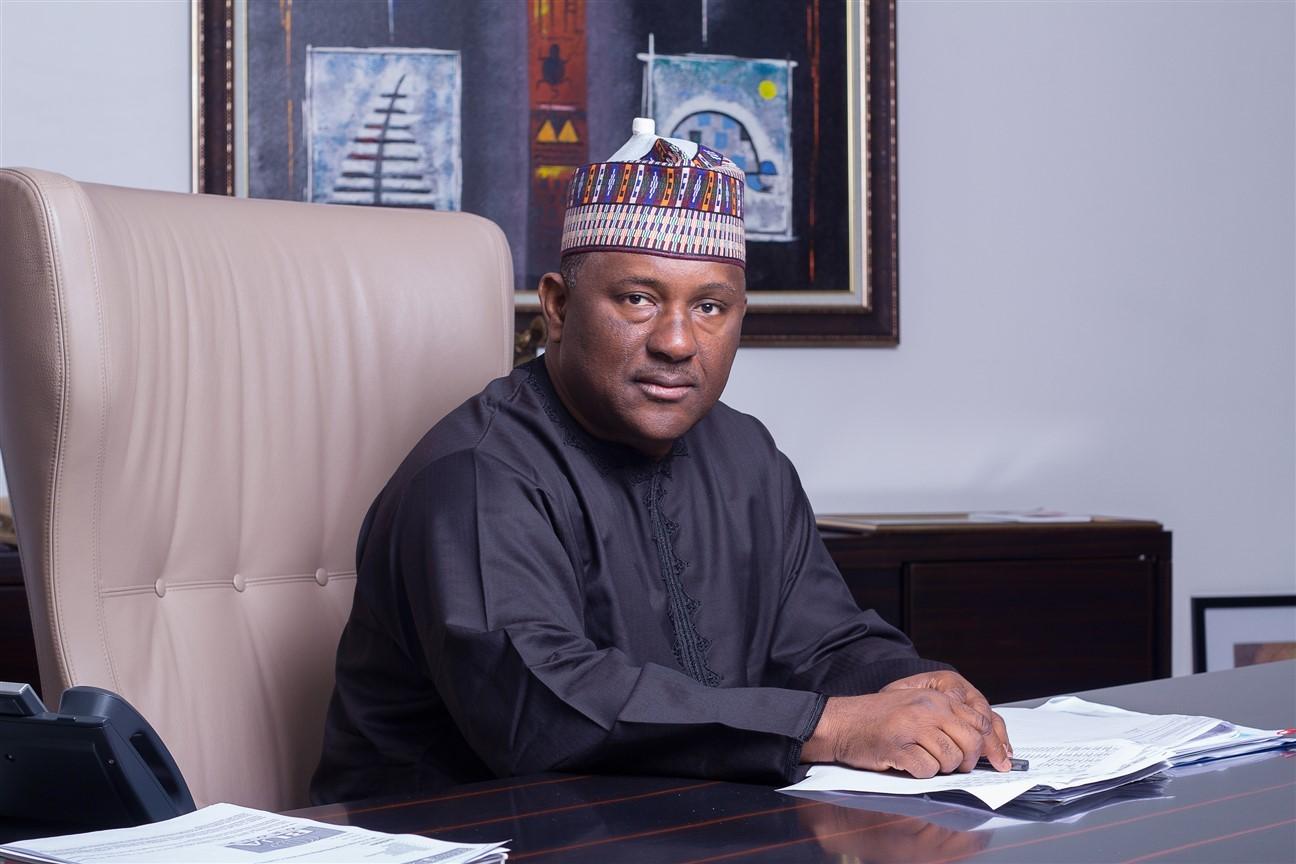 Abdulsamad Rabiu is now worth an estimated US$6.9 billion, according to Forbes magazine.

It’s not difficult to see why the man is so rich given the proceedings during the annual general meeting of his flagship investment BUA Cement Limited which took place on the 21st of July. The businessman takes on an almost mythical stature among his shareholders and fellow management, who treat him with the reverence they would accord to a deity.

The lineup of speakers during the meeting was at pains to articulate in human language how fortunate they are that he runs the cement company and how much they appreciate him. This would be nothing more than hero worship to an outsider to Nigerian business and social culture. However, respect and honour constitute an integral part of that country’s social structure and hierarchy in Nigeria and West Africa.

The mild-mannered and affable industrialist presided over a meeting where he reported his cement company’s operational and financial performance in 2021. It was also remarkable that he often referred to shareholders by name from the crowd.

This is no mean feat, given that most listed companies have shareholders running into the thousands, making it impossible to know even a portion of them by name. But then again, who said Abdulsamad Rabiu is an ordinary man? BUA Cement Limited had a very good year in 2021.

The company recorded solid numbers on all fronts, from revenues to earnings.

Right across the financial divide, the company reported strongly. Even more remarkable and unprecedented, the Nigerian cement company declared a dividend of N$ 2.61, which was paid instantly during the shareholders’ meeting. This is not something that often happens, if at all.

Normally a company declares a dividend, and then what follows is a process where shareholders are notified by either their stockbrokers, the company itself or the press of the dividend on offer and which shareholders are eligible for the payout, usually those shareholders who are on the company’s record on or before a specific date. This was not the case at the BUA Cement Limited shareholder’s meeting.

The dividend was declared during the meeting and was paid to shareholders before they left the auditorium where they were gathered.

It was somewhat amusing to see shareholders clamouring for their devices to check for notifications from their respective banks to inform them of their dues. The chairman himself lightly joked that he had not received a notification because he had not checked his phone. He, more than most, would look forward to the dividend since he holds an estimated 98.5% of the ordinary shares in the cement maker.

The company has a market capitalization in the region of US$6 billion, and no doubt accounts for the bulk of its wealth. BUA Cement Limited is a unit of a much larger BUA Group, which is a closely held investment vehicle that houses the business interests of the Nigerian tycoon who has been featured on the cover of Forbes Africa magazine.

BUA Cement was created through the merger of his cement interests CCNN and Obu Cement. The two entities were merged into an entity which is now called BUA Cement Limited, which was then listed on the Nigerian Stock Exchange on January 9, 2020. The company had a valuation of 1.2 trillion Naira or US$3.3 billion. when it is listed.

Importantly during the meeting, the Nigerian billionaire gave away what could be described as the secret sauce behind the success of his companies. The business titan made it known that the most sustainable way to create value is to operate businesses that need little to foreign exchange. This is highly profound in a country like Nigeria, where foreign exchange is scarce.

Rabiu mentioned that his cement company would be growing its export business by selling to neighbouring countries that either does not have cement plants, in which case they would be sold the finished product or those countries that do have cement production capability but do not have the requisite raw materials. Rabiu mentioned Benin as a place where BUA cement could export as much as US$ 100 million in clinker and limestone, both are essential raw materials in the production of cement.

Rabiu is an entrepreneur of substance but just who exactly is this man?

Interestingly Rabiu is somewhat of a contradiction and a jinx. He is from the Hausa Fulani tribe, which hails from the northern parts of Nigeria, which is not famed for economic progress. The northern region of Nigeria is in fact, poor and is a hotbed for insurgents.

This is another point of significance because Rabiu hails from a tribe not known to produce individuals gifted at business. The natural proclivity and inclination for business is believed to be the preserve of the Igbo people and is evidenced by the economic prosperity generally enjoyed by the people in the southern region which they occupy. Rabiu, along with Dangote, have successfully bucked the trend.

Rabiu has done so resoundingly. Forbes’ profile of the Nigerian magnate also has a graphic showing the growth trend of his wealth going back several years, and it has been in one direction. Up.

Rabiu’s wealth is the highest it has ever been on record, at a staggering US$6.9 billion in 2022. When Forbes began tracking his wealth, it was in the region of US$1.2 billion. This means that he has increased his wealth in the last eight years by more than fivefold. His business interests mirror that of Aliko Dangote, who also has made his fortune in cement, oil, and foodstuffs.

Abdulsamad Rabiu was born in 1962 in Kano. His father’s name was Isyaku Rabiu, a trader who made a fortune by selling rice and other commodities. Legend has it that the elder Rabiu was once incarcerated by one of the military regimes of the 1980s for breaching price controls, and this is what thrust the younger Rabiu into the world of business because he had to take up his father’s mantle and run the family enterprise to support the extensive family. He set up the BUA Group of companies in 1988 as a commodities trading outfit involved mainly in importing edible oils and rice.

It has transformed from a mere trading outfit to one of the largest privately held conglomerates whose interests straddle key sectors of the Nigerian economy. Rabiu, during his cement company’s shareholders’ meeting, said that while it is enjoyable to be counted among the richest people in Africa, he gets more satisfaction from giving away his money to the communities where his various businesses operate.

Buying shares in BUA Cement would be a very good idea if they are liquid. However, given that the businessman has a near stranglehold shareholding in the company, it’s highly like that shares of the company are difficult if not impossible to come by.